There is a repeated trope that is sometimes derived from some understanding of neurology that we don’t have free will.

But it’s a twisting of facts.

We do have free will. The truth that’s being twisted is about the form free will take, because it’s often different from the way we imagine it.

We often think if free will as the ability to make a decision in the moment.

What’s true is that we often don’t make a decision in the moment but instead rely on habits we’ve built up over time when determining behavior.

But we can change our habits. The the lie or manipulation is ignoring our ability to alter our habitual reactions. It’s an inherent neuro-cognitive process of the brain that we can evaluate the outcomes of our habitual behaviors and alter them in order to secure better outcomes.

Changing habits can be hard for sure. But it’s not impossible. And it’s the best way to ensure that we are making decisions about our behavior instead of relying on our pre-existing habits unthinkingly.

Many of the things we believe come down to our assumptions. We might look at someone else and think their beliefs don’t make sense, that they are irrational.

For example, think about climate change.

Then assume that the world is ending. Not that you think it might be ending or could be ending. Assume that you are 100% positive the world will come to an end in the next decade or two.

Not just a generic eschatology either. Assume one of the more common and ostensibly orthodox western evangelical Protestant Christian eschatologies: the world is about to be utterly destroyed by a supreme deity that will then bring into being a new, perfected creation.

Assume that you know for sure that those events are about to play out. Or that they have already begun.

If so, why would climate change matter?

Why would mass extinctions and biodiversity loss matter?

Why would overpopulation and population sustainability matter?

If that assumption is true then none of those things matter.

I know that it is easy to shrug this topic off. Easy to say to ourselves: no one really believes that eschatological stuff.

But they do. Some believe it fervently and it informs their every decision and defines their entire thought process.

Many have a more dynamic thought process influenced by a host of other assumptions. But this end times belief is still one of their foundational assumptions about the world. It still informs and shapes their beliefs and actions. Even if they don’t think about eschatology with any regularity it still has an influence on all their cognitive processes. 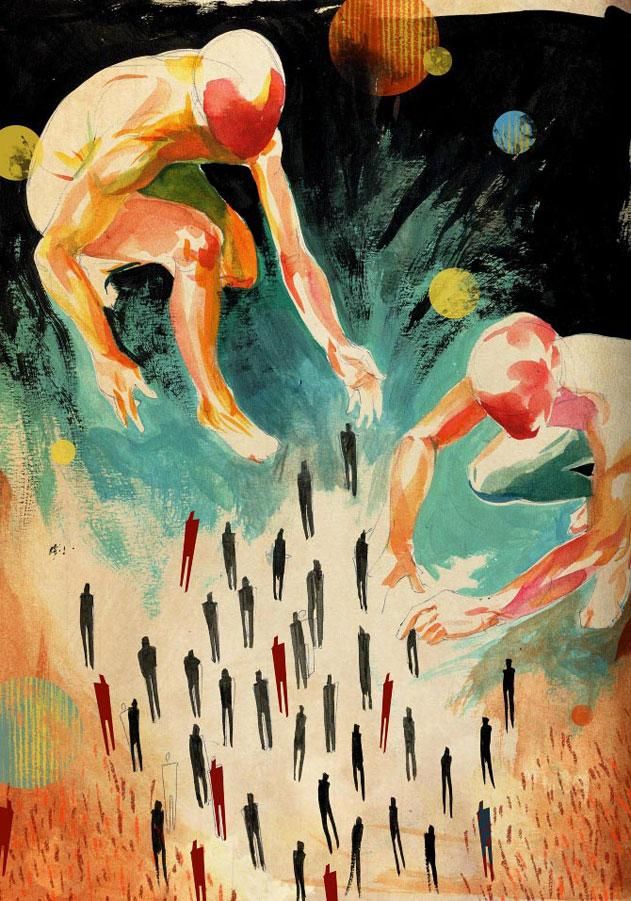 Biology is the story that nature tells us about ourselves

Culture is the story that we tell about ourselves

A deity
Or deities
Sometimes our ansestors

That’s why they’re so variable from group to group

As a Christian
As a man
As an American

Be sure to tell your story well

There is one sure way to completely shut down an argument: show the person you’re trying to sway that you haven’t done the background research to know what you’re talking about.

The Book of Revelation is the last book of the Christian Bible. It can go by a number of different names:

And anytime a person who’s trying to argue with a Christian adds an S onto Revelation there is a good chance that the Christian checks out.

This person isn’t taking this argument seriously enough to go do the tiny amount of research necessary to even argue with me.

Why would I listen to them, then?

The same in arguments about science.

The book The Origin of Species by Charles Darwin can also go several names:

But it is never called “The Origin of the Species”

That’s not the name of the book and the same thing happens when people call it that in an argument.

The opponent checks out and doesn’t take the rest of the conversation seriously.

If you want to convince someone of your argument or even get them to take it seriously you have to understand the terms and sources they use. At least casually, so they’ll respect your thoughts on the subject.

In both these cases I’ve even seen works published with the wrong title. That shows that even editors of texts meant to be taken seriously haven’t done their due diligence to know the title of the book in question.

But these are just good examples

There are many more

The point is, before trying to persuade others you have to spend the time to know what others believe.

In all productive conversations I’ve ever had, it’s only when I try to see the world through beliefs that are not my own that I can approach someone to try to change their mind.